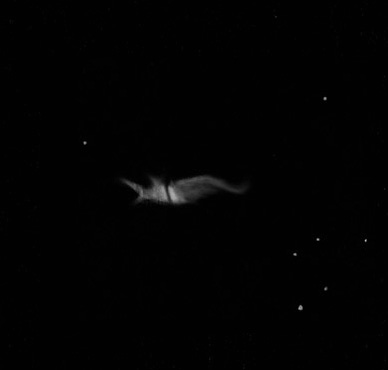 History: The History of this object is a little bit curios! NGC 6302 was discovered by James Dunlop in 1826. John Herschel missed it! It was rediscovered by Barnard in the late 19th Century, so that many recent sources claim the discovery to him.

Observation: The Bug Nebula is a suprisingly bright PN! At medium power, there is a dark lane visible, that seperates the brightest part in two pieces. There are many, very beautyful nebula features, visible at higher power. It shows faint extensions, which let it look a little bit like a butterfly.